Coldrun has not added any external profiles yet.

"Far colder on the earth than in the heavens."
-Emet-Selch

-In this snowy setting, Lucia looks like she's glowing. All the white armor in the game is phenomenal in this place.

-ALL PRAISE TO THE DRAWN CHARACTER ART ABOVE DIALOGUE! It's a small tough, but it adds so much to the game.

-This game has now done something I've never experienced in the FF series: given me a stealth challenge that doesn't suck. The tools are reasonable, the rules are fairly clear, it has some room for error but not infinite room for error...

It's kind of shocking to experience. Well played, EW.

-The banter between Estinien and Y'shtola at 26:39 feels fresh. I don't remember a ton of interaction between those two and I appreciate the writers trying it out.

-Even better? The brief interaction between Cirina and Sadu (32:21). (Poor Magnai. Hope springs eternal, I guess.)

I'm super behind in posting these, so rather than posting a whole barrage, I'll just start from here! All prior Endwalker vids and comments are on my blog/YT.

Summary: Reconnecting with my old friends in the Ilsabard Contingent.

"Blessed are we to have made countless steadfast allies o'er our journey's course."
-Urianger

-Out of all the past inclusions here, one of these things is not like the other. Emmanelain is the thing. He could just be comic relief, but I wouldn't be surprised if something more dramatic is in store for him.

-My first tentative interpretation of Cirina's grandmother's dream is that the burning red star and frozen black star crashing against each other are Zenos and Zodiark. It's a fairly uneducated guess, though.

-Tataru is the sweetest potato. I just love everything about her.

I'm still super early in it, but really loving i! They weren't kidding when they said how much it connected to prior expansions. It makes me feel rewarded for playing all my prior job quest lines, expansions, everything.

Wow! Was it just considerably easier than most prior 1-4Ss?

A legit and prolific author! 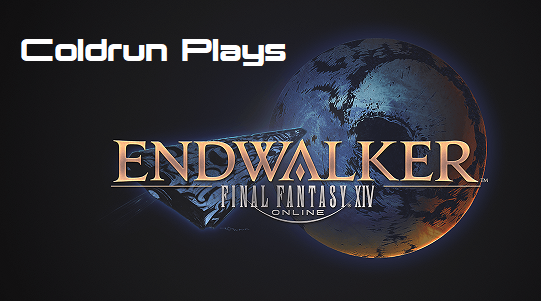 All prior posts available at http://coldrungaming.blogspot.com.

The same to you!!

Summary/i> Krile leads us around the new city. Plotting our first course of action and a metaphorical fork in the road.

-I don't remember much that I've learned about the Sharlayan hierarchies. Like, what exactly are Archons again? Like, especially advanced scholars or political leaders, or...? [Later edit: I found the answer through a side quest in the next video!]

-I know the city draws explicitly on ancient Greek themes, but (at least visually) it reminded me just as strongly of the FFXV city of Altissia.

-For any watching along, I hope my terrible bits of minor voice stuff don't bother too much.

-This session REALLY makes me want to go back and complete Eureka at some point.