an_octopus has not added any external profiles yet.

an_octopus is not following anybody.

*returns high five* Karst topography is so nifty! :D That was probably my favorite part of the geology class I took a couple years ago. That, and my prof kept making LotR jokes during the unit on volcanoes.

I know people have probably said this about other things, but I really really mean it: Genevieve Cogman's The Invisible Library series is pretty much written specifically for you. The main character, Irene, is a kickass agent for a giant interdimensional library. And I can't* say anything else, other than that this series features a lot of things that are also things that you like more than most things.

Beyond that, though, they've got a diverse cast, great worldbuilding, lively characters, and excellent, excellent writing. Cogman is very efficient, no wasted scenes or words, and her prose is witty, engaging, and vividly descriptive. It's incredibly genre-savvy--when she's not inverting or twisting tropes, she's poking fun at them--and the result is a series that combines familiar elements into something completely original and ridiculously fun to read.

There are three books so far:
The Invisible Library
The Masked City
The Burning Page

Caverns as complex spaces makes so much sense to me. I mean this 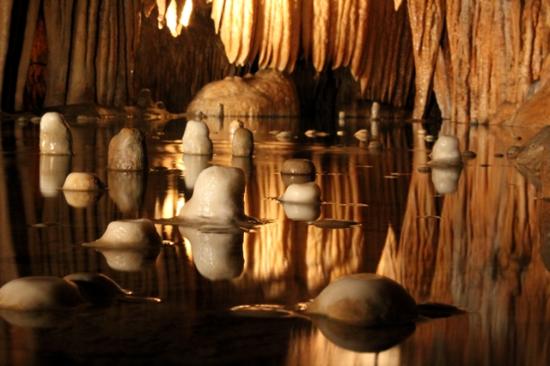 Incidentally! If any of y'all have any interest in geology and you wind up in Missouri, definitely check out Onondaga Cave State Park--that's where all those pictures were taken. Meramac Caverns State Park* is more widely advertised, but it's a bit of a tourist trap, whereas Onondaga's a little harder to find but absolutely spectacular.

Actually, Missouri in general is a great place for geological shit. We have some awesome state parks. Almost makes up for the number of Republicans, and then science-ing lowers your chances of encountering them by, like, 96%, so that "almost" gets promoted to a "very very nearly". [/potshot]

*Full disclosure, I actually hate Meramac Caverns, a lot, but I think that has more to do with sensory issues than the caves themselves. I get really freaked out by huge enclosed spaces (I think it's acoustic, I couldn't deal with the National Air and Space Museum either, which was a total bummer because that shit is fascinating) and the cheesy multicolored lights they use at Meramac hurt my eyes and make it look all fake so I'd hate it even if it weren't a migraine trigger, PLUS it's always super crowded there, all of which adds up to a Very Unhappy Octopus. But I mean if you don't have weird sensory shit going on, Meramac is cool, I guess. Onondaga's just cooler.

Gotta disagree with you there--the sun bear is DEFINITELY the most obnoxious. Also the most hilarious, but I guess that's beside the point.