TobuIshi has not added any external profiles yet.

TobuIshi is not following anybody.

I'm late to this party, but just wanted to say that when it comes to the great Jackrum gender quandary, I find it very telling that we never learn what Jackrum was named at birth.

Jade, Igorina, Magda, Alice, etc., etc. - the council of generals - we even hear about Maledicta, briefly, before returning to Mal. But Jackrum never offers, and Polly never asks, and the narrative doesn't care. Jolly Jack Jackrum is jolly Jack Jackrum, period, and that's the truth of the matter. In a book full of "unmaskings", that choice stands out sharply to me.

It might be helpful, in that case, to reframe this argument from "this culture doesn't exist" to "I don't like many aspects of this culture". That avoids at least some of the inherent issues. (I do think it's giving white American mainstream culture too much power/credit, in a way, to claim that it's uniquely terrible and without value. Papering over the rest of the world with any culture to the degree we've done with this one would be...not great, simply for the loss of diversity alone.)

(Also, separate argument but a lot of the Greek and Roman philosophers were real shitbags. Just saying. Have you seen Pliny the Elder's rant on menstruation? That guy had issues. XD; )

I don't want to assume anything about your identity, but I do want to say that it's very common for mainstream white American culture to be called non-existent, especially by white Americans. This is a "'What's water?' quoth the fish" phenomenon. Mainstream white American culture, accents/dialects, cuisine, clothing, music, hobbies, etc., are all so culturally dominant in the US and abroad that they're perceived by many as a sort of default. This is a problem in many ways. (Examples: It privileges this specific culture as "normal", it exoticizes other cultures in comparison, it encourages young people within this culture to appropriate other cultures because they can't see anything "special" about their own, it makes young people with ties to other cultures feel "weird" for embracing/studying their own heritage in ways that white kids don't for - say - playing baseball or violin, etc., etc.) Learning to recognize the markers of this culture, as just one more among many, is actually really helpful in breaking out of these patterns! Strips it of some of that power and privilege when you see it for what it is.

So I finally figured out who I keep picturing when I read the descriptions of Sergeant Jackrum. More human, obviously, and in a different mode of dress, but the overall look and attitude are otherwise spot-on: 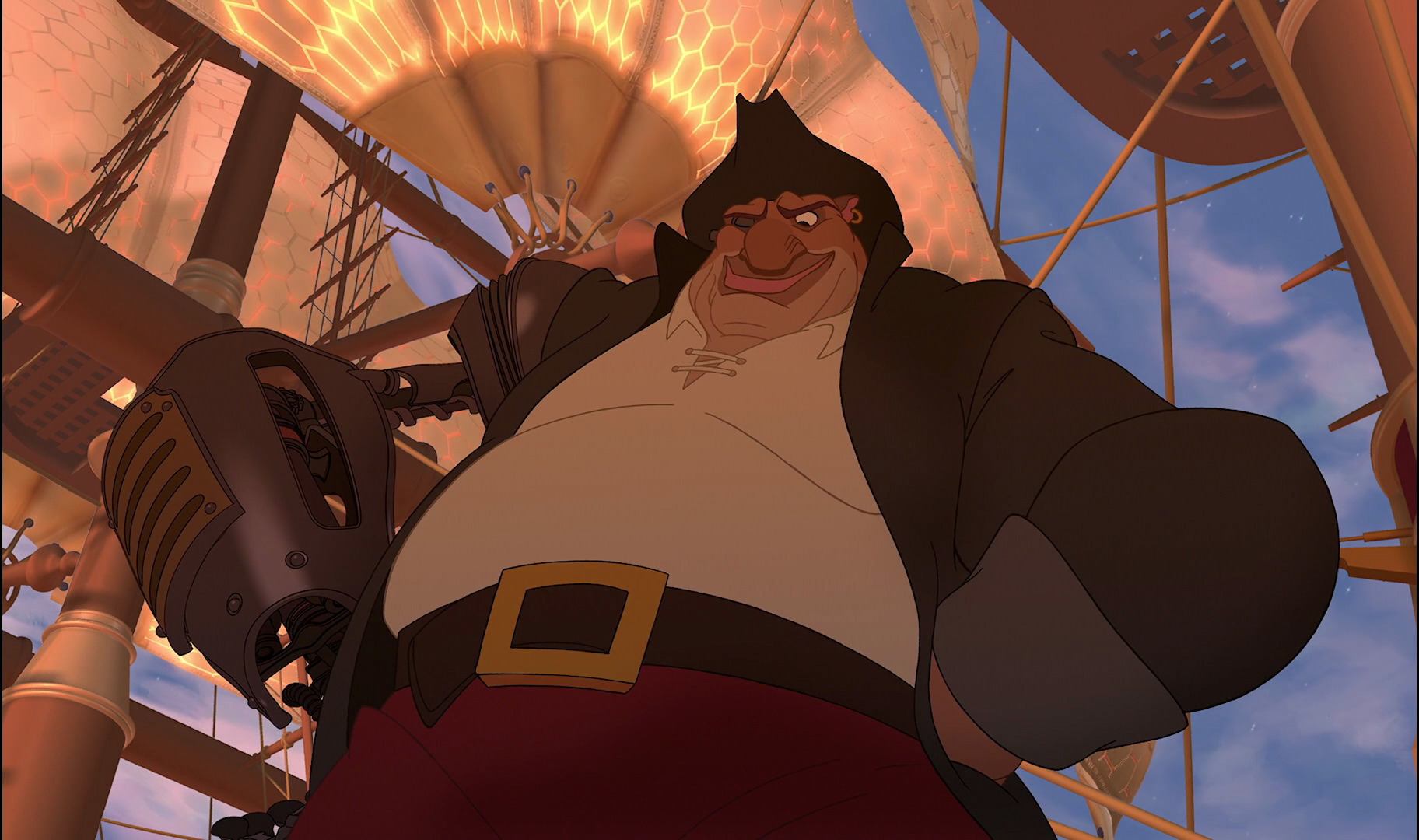 My mom is a sweet and kind-hearted person, but every time I bring friends over or chat with her about having recently spent time with friends, she wants to know, "What do you do?" or "What are they doing these days?" By which she means, their jobs.

I think it's a generational thing? She's trying to show a pleasant, solicitous interest in their lives and goals. Her own age cohort (the Boomers) tend to identify strongly with their professions, and find a lot of meaning in them. Keeping up with what's going on in your friends' work lives is a way of signaling interest in them as people, for her.

But for most of my millennial peers, that question is instantly and intensely painful. An honest answer would be deeply embarrassing. "Oh, you know, still struggling to work two different thankless shifts at a couple of generic big box stores that treat me like an interchangeable cog without human needs, so I can pay for food and don't get evicted, while paying off my student debt for the degree in a field I still haven't managed to find a relevant job in, despite my best efforts." Many of my friends are struggling; many of them hate their jobs and feel no sense of identification with them, and I would worry about them if that wasn't the case, since their employers freely exploit them. We don't talk about our jobs when we hang out, because we don't want to hurt each other. We express interest in each other's lives by discussing things that do actually reflect our interests, like hobbies, politics, and activities/fandoms we mutually enjoy.

And yet again and again I've seen my normally perceptive and empathetic mother stumble into this mistake without even realizing that her well-meant getting-to-know-you questions feel more like accusations of failure to launch. It's like a yawning generational gap and I'm not sure how to explain it in a way that will sink home.

Reminds me of Sojourner Truth's famous speech (which, incidentally, was rewritten into its most famous Southern vernacular form by a white woman, years later, who apparently didn't know or care that Truth was born and raised in New York and did not have a Southern accent). Excerpt from the original as recorded contemporaneously:

"I have as much muscle as any man, and can do as much work as any man. I have plowed and reaped and husked and chopped and mowed, and can any man do more than that? I have heard much about the sexes being equal. I can carry as much as any man, and can eat as much too, if I can get it. I am as strong as any man that is now. (...) The poor men seems to be all in confusion, and don't know what to do. Why children, if you have woman's rights, give it to her and you will feel better. You will have your own rights, and they won't be so much trouble."

Never hurts to be reminded that "feminine" delicacy and coddling have always been the preserve of a very particular subcategory of woman. Some of us have struggled to break free from their smothering confines; others have never been anywhere near their protective embrace. : I

Funny how often that particular superstition crops up, in everything from sailing to religious rituals. "I'm sorry, ladies, but your femaleness is just too unlucky/damaging/ritually impure to be allowed near this delicate male-only activity. For some mysterious reason. It's nothing personal, of course! Now, begone with you."

Even as recently as this year, there was a genuine attempt to shoo female nurses out of a sumo ring when they rushed into it to provide life-saving care to a man suffering a brain hemorrhage. Saving his life seemed less important to the sumo official, in that moment of knee-jerk reaction, than preventing their femaleness from defiling the ring.

There's nothing like a veneer of tradition for lending weight to an attitude that's honestly no more sensible than a cardboard NO GIRLS ALLOWED sign on a children's fort. : I

Now that the discussion for this chapter has more or less wrapped up, I wanted to stop back in here and thank all of you for your thoughtful responses. I appreciate your taking the time to share your various experiences and educate me about this, and I'll bear your thoughts in mind going forward. <3
« Previous123456...17Next »