Pazollo has not added any external profiles yet.

Pazollo is not following anybody.

So there are 30,000 members in ISIS. How many in Boko Haram? How many in the Islamic Revolutionary Guard Corps-Quds Force? How many in Haqqani Network? How many in Kataib Hezbollah? Those are just the top five deadliest groups. There are dozens of others. If as many experts believe, that the radicals make up 1% of the 1.6 billion Muslim population, we're looking at 16 million radical Islamists. IT ONLY TOOK 19 TO TAKE DOWN THE TWIN TOWERS AND KILL ALMOST 3,000 AMERICANS.

“The analogy we use around here sometimes, and I think is accurate, is if a jayvee team puts on Lakers uniforms, that doesn’t make them Kobe Bryant,” President Obama describes why his administration hadn’t taken immediate action to stop ISIL.
-President Barrack Hussein Obama (Jan. 27, 2014)

“ISIL poses a threat to the people of Iraq and Syria, and the broader Middle East – including American citizens, personnel and facilities. If left unchecked, these terrorists could pose a growing threat beyond that region – including to the United States. It will take time to eradicate a cancer like ISIL.”
-President Barrack Hussein Obama (Sept. 10, 2014)

THE HEADLINES YOU WON'T FIND IN THIS RAG!!!!!

This is a service to the head-in-the-sand liberals who get their news from only this joke of a newspaper. I thought Bninski's offering was the place to post it.

As the international community mourned the deaths of 21 Egyptian Christians who were beheaded in an Islamic State (ISIS) video released on Sunday, President Barack Obama spent the day golfing in Palm Springs, California.

The U.S. can’t defeat the Islamic State by “killing them,” State Department Spokesperson Marie Harf told MSNBC’s Chris Matthews on Monday night. Instead, she said the U.S. needs to focus on the “medium to longer term to go after the root causes that leads people to join these groups,” such as “lack of opportunity for jobs.”

P.S. This is not from the "Onion" these people actually believe that ISIS is beheading people because of unemployment.

Here's the flip side of the coin:

“They’re extremely sophisticated and they have tentacles that are growing throughout the world. They’re still in their adolescent stage and this is the time when we can crush them,”
Dr. Ben Carson

So what do you think people, do you want to give them jobs or "crush them"?

“It’s controversial, but first thing is all of your — 95 percent of your murders and murderers, and murder victims fit one M.O. You can just take the description, Xerox it, and pass it out to all of the cops. They are male, minorities, 15 to 25. That’s true in New York, it’s true in virtually every city in America,”
Michael Bloomberg

Oh no! Susan is starting a war on black women.

In case you missed it, GloZell Green interviewed Hussein after the State of the Union speech and told him that she cut off all of the hoods off of her husbands hoodies because she thinks the "Po-Po" are out on the streets shooting black men in hoodies.

Where's JFK when we need him?

Hey Albert, let's try a little experiment: Go rob a store-owner in Boulder and when the police respond, stand in the middle of the street and refuse to get on the sidewalk when told to do so. Then, when an officer approaches you try to take his gun away. If you survive, please write another letter and yet us know how it turned out.

So you call Bush and Cheney "war criminals" for waterboarding head-cutter, terrorists caught on the battlefield but you won't condemn Obama for the lifetime of torture inflicted on this innocent child and the dozens of other innocent children who were killed. 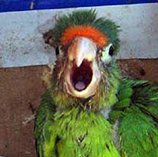 On January 23 2009, a CIA drone flattened a house in Pakistan’s tribal regions. It was the third day of Barack Obama’s presidency, and this was the new commander-in-chief’s first covert drone strike.

Initial reports said up to ten militants were killed, including foreign fighters and possibly a ‘high-value target’ – a successful first hit for the fledgling administration.

But reports of civilian casualties began to emerge. As later reports revealed, the strike was far from a success. At least nine civilians died, most of them from one family. There was one survivor, 14-year-old Fahim Qureshi, but with horrific injuries including shrapnel wounds in his stomach, a fractured skull and a lost eye, he was as much a victim as his dead relatives.

Yet despite this disastrous start the Obama administration markedly stepped up the use of drones. Since Obama’s inauguration in 2009, the CIA has launched 330 strikes on Pakistan. Across Pakistan, Yemen and Somalia, the Obama administration has launched more than 390 drone strikes in the five years since the first attack that injured Qureshi. These strikes have killed more than 2,400 people, at least 273 of them reportedly civilians.

America is a friend of each nation, and every man, woman and child who seeks a future of peace and dignity.
Barrack Hussein Obama (Nobel Peace Prize recipient)

Don't be so hard on Tommy-Boy, like most liberals he's got a heart where his brain should be. He's a harmless schmo who doesn't deserve a response.

I am not sorry Khalid Sheikh Mohammed, the operational mastermind of 9/11, was waterboarded 183 times. KSM also murdered Wall Street Journal reporter Danny Pearl in 2002. He boasted about it: “I decapitated with my blessed right hand the head of the American Jew,” he said after his capture.

I am sorry KSM remains alive nearly 12 years after his capture. He has been let off far too lightly.

I am not sorry the CIA went to the edge of the law in the aftermath of 9/11 to prevent further mass-casualty attacks on the U.S. I am not sorry that going to the edge meant, as Sen. Dianne Feinstein put it in 2002, doing “some things that historically we have not wanted to do to protect ourselves.” I don’t suppose she was talking about removing our shoes at airport security.